Eddy Anthony Curry Jr. is a former professional basketball player from the United States. He most recently played for the ASEAN Basketball League’s Zhuhai Wolf Warriors. Curry was drafted fourth overall in the 2001 NBA draft by the Chicago Bulls after graduating from Thornwood High School in South Holland, Illinois. Curry was a member of the Chicago Bulls until 2005, then the New York Knicks from 2005 to 2010. Curry was a member of the Miami Heat’s 2012 championship team and played with them from 2011 to 2012. Curry began the 2012–13 season with the Dallas Mavericks before finishing the season with the Zhejiang Golden Bulls of the Chinese Basketball Association.

Curry was a standout player for Thornwood High School in South Holland, Illinois, his final high school squad before entering the NBA. He was named to the State Farm Holiday Classic all-tournament teams in 1998, 1999, and 2000, as well as winning Illinois Mr. Basketball in 2001 and being named to the fan-voted All-Quarter Century Team. “Preps: Chicago Hoops,” a docuseries about making the transition from high school to university or professional basketball, featured him and four other high school basketball stars in 2001.

As an undrafted free agent, the seven-footer was chosen from the 2019 draft pool. He only played in three games after that, but he was effective when he did, averaging 4.9 points, 4.7 rebounds, and 3.3 assists per game. Curry played 11 seasons in the NBA for the Chicago Bulls, New York Knicks, Miami Heat, and Dallas Mavericks after being selected fourth overall in the 2001 NBA draft. Curry put up tremendous numbers with the Knicks in the 2006-07 season. You may follow him on Twitter, where he has 10,000 followers. 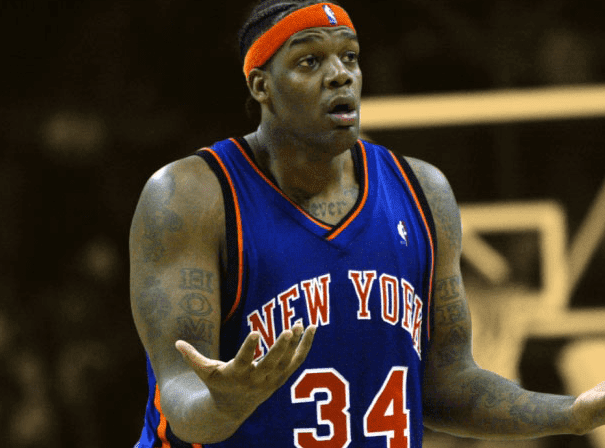