Uruguay’s Edinson Cavani is widely regarded to be one of the best strikers of his generation. During his time spent at major clubs such as Palermo, Napoli, Paris Saint-Germain, and Manchester United, he has scored over 350 goals in more than 600 games. He has also won 130 caps for his country, scoring more than 50 goals. His longest and most prolific career spell to date was with French league giants Paris Saint-Germain, with whom he won Ligue 1 six times in seven seasons and was twice the league’s top scorer. He signed for Manchester United in 2020 and won the Premier League Goal of the Month Award in May 2021. He will be a key feature of Uruguay’s 2022 World Cup campaign in Qatar.

Born in Salto, Uruguay, in February 1987, Cavani first established himself with Palermo in the late 2000s. However, it was with his move to Napoli that he really began to come into his own, becoming the top scorer in Serie A and winning the Coppa d’Italia in 2012. Soon, some of Europe’s biggest teams were vying for his services, and it took Paris Saint-Germain a French record amount of €64 million to lure him to France (at the time, this made him the sixth-most-expensive player in football history). He more than repaid their investment as PSG became the dominant force in French football for the remainder of the 2010s. By 2016, on top of all his awards, Cavani had become just the fourth player in PSG’s long history to net more than 100 goals for the club.

In October 2020, Manchester United managed to lure Cavani to England where he has played ever since. 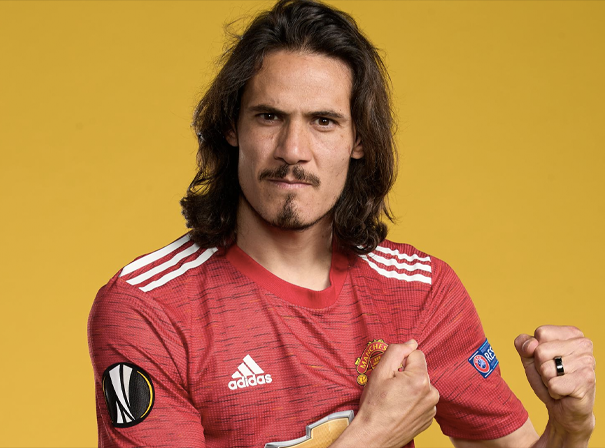