One of the most diverse, daring personalities in Australian show business, Edwina Bartholomew has accomplished much in her fourteen years on television. As a roving reporter and weather presenter, her work has taken her literally around Australia—as part of a 25,000-mile “lap of the map”—and to countries such as America, Canada, East Timor, Mexico, and Peru. She has even bungee-jumped from the top of a 33-storey building live on air.

Bartholomew has done all of these things for some of Australia’s most popular news and entertainment shows. She has been a part of the presenting team on Sunrise, Seven Network’s flagship morning show, for over a decade and is currently their entertainment presenter. She has also reported for Seven News, Australia’s highest rating-news show, The Morning Show, and Sunday Night. She is also a long-standing part of Seven Network’s sporting coverage, presenting prestigious events such as the Olympic Opening Ceremony. If that wasn’t diverse enough, whereas most Australian celebrities want to appear on Dancing with the Stars, she had the honour of co-hosting it for three seasons. She also currently co-hosts the reality sports entertainment show American Spartan.

Bartholomew’s rich and varied experience, from making coffee as a Sunrise intern onwards, make her a popular keynote speaker and corporate MC. Among others, she has appeared at events for Metcash, the NSCA Foundation, and the Royal North Shore Hospital in Sydney. She is also an ambassador for the Nelune Foundation, a charity that helps underprivileged cancer patients, and Y-House, which supports young people recovering from brain and spinal injuries. 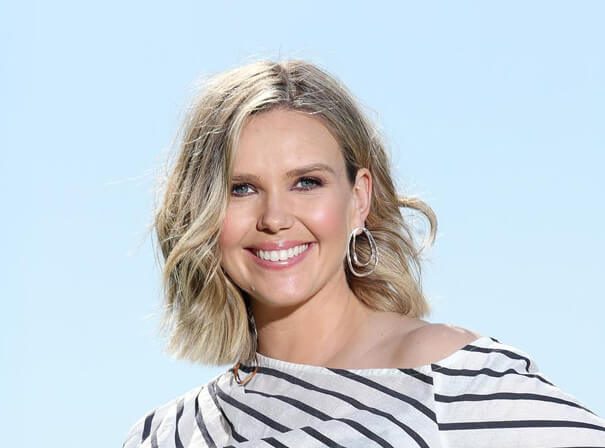