Elise Mertens is a Belgian tennis star who has spent most of her career ranked as one of the 15 best players in the world — during the latter half of 2021, she was ranked the number-one doubles player. It is in doubles that she has enjoyed her greatest successes, winning Wimbledon, the US Open, and the Australian Open. In singles, she has won six titles on the WTA tour and 10 doubles titles. She has also won an incredible 24 singles and doubles finals on the ITF circuit.

Mertens was born in the city of Leuven, Belgium, in 1995. After an exciting junior career, she made her WTA Tour debut in 2015. The following year, she took her first doubles title, winning the 2016 Auckland Open with partner An-Sophie Mestach. At the start of 2017, she won her first singles title and entered the Top-100 rankings for the first time when she won the Hobart International in Australia, beating the number-three seed to do so. The following year got off to a flying start when she won the Hobart singles title again, becoming the first woman to win the tournament two years in a row. Her Australian success continued when she competed in that year’s open and reached her first Grand Slam semi-final.

In 2019, Mertens won her first major title when she and Belarusian Aryna Sabalenka took the US Open. The pair also went on to win the 2021 Australian Open — the same year that Mertens also won the Wimbledon Ladies Doubles title with Hsieh Su-Wei of China. 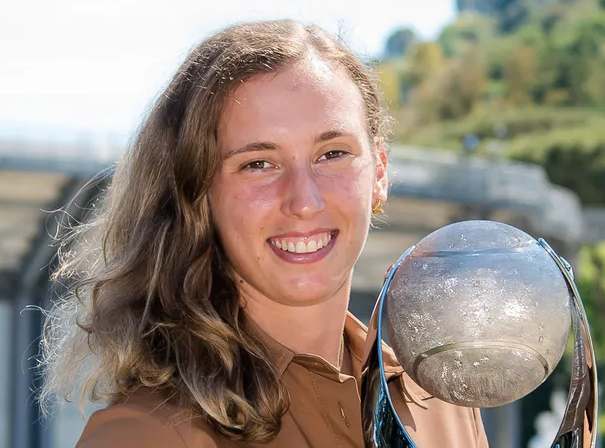