Rising sportscaster and radio presenter sensation Emma Jones is causing a stir. The face of Leeds United’s TV show “LUTV,” Jones has become the post and pre-match favourite interviewer. Balancing her BBC Radio 5 Live and Netball Nation podcast, Jones is continually raising the profile of the industry. A graduate of Staffordshire University, Jones launched her illustrious career straight out of school. The UK’s Channel 5 and Greater Manchester radio Key 103 would lay the foundation to Jones formidable rise. Now, as Jones popularity begins to soar, she is at the front of a long and exciting career.

Making her debut for “LUTV” in 2017, Jones quickly garnered the attention of her audience with her bubbly personality. England’s World Cup warm-up match win famously caught the nation’s heart as Jones became the centre of attention. Interviewing Soccering legends like Leed’s own Eddie Gray, Stuart Dallas and ex-defender Pontus Jansson has elevated Jone’s appeal. Hosting the pivotal matchday “Bundesliga Show,” “Premier League Live” and the “Rugby League,” Jones has become one of the UK’s most versatile female sportscasters.

Featuring on the “Soccer Index” and “William Hill,” Jones is a go-to voice for what’s hot and what’s not in the world of sport. Beyond the game, Jones is fast becoming an internet sensation. Inspiring, insightful and always game ready, Jones has built a bridge between her career and lifestyle. Going out of her way to connect with fans on a personal level, Jones popularity grows by the day. 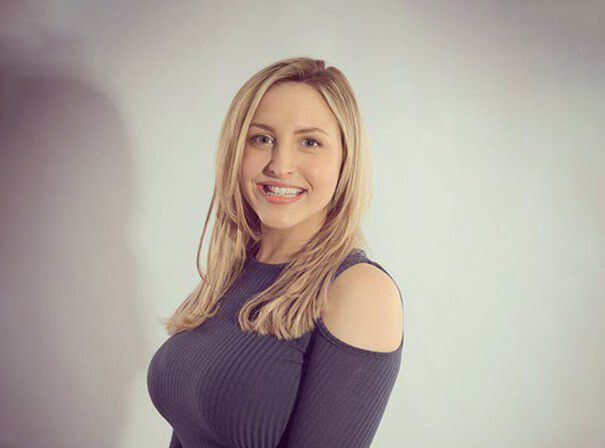