Enes Ozemir is making a lot of noise on the world karate’s stage. Momentum for Ozemir has not stopped since his debut on the tatami representing Turkey. Winning back to back world titles at the 2017 WKF Junior, Cadet and U21 Championships, Ozemir’s champion streak was born. Ozemir went on to win consecutive Male Junior Kata crowns from his spectacular performances at the 2019 and 2020 games. Propelling his career further, Ozemir has made appearances on the podium at the Karate 1 Premier League. Ozemir’s performance of his kata moves are turning heads, and he has become an instant crowd-pleaser and jubilant champion.

Dreaming of the Olympics has become a driving force for Ozemir’s focus and training. Working his way up the WKF Karate 1 Premier rankings, Ozemir has shown his prowess and talent from the Paris, Dubai and Salzburg championships. Ahead of the Tokyo Olympics, Ozemir ranked within the top 10 qualifiers ahead of the world’s biggest sporting event.

Defeating titan teams on the tatami has become something of a habit for Ozemir and his teammates Ali Sofuoglu and Emre vefa Goktas. Taking down the strongest Japanese side at the 2019 Karate 1 Premier League has propelled Ozemir and his team to be a formidable team to come up against. Mighty as part of a team, and fiercely skilled on the tatami, Ozemir’s control of the “Unsu” kata is undoubtedly challenging the world of sport. 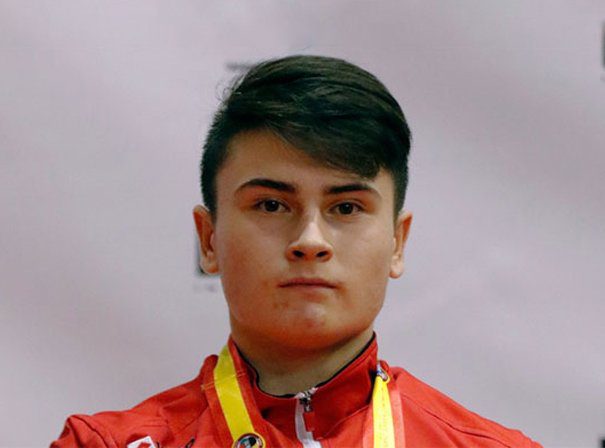