In today’s modern age, a talent like Eric B Zink is a rare find. A voice of compassion and acceptance, Zink has cultivated a platform focused on mental health and emotion wellbeing. Although not a psychologist, therapist or doctor, Zink has dedicated his life to reaching out to strangers to ensure that they are not alone in their personal struggles. Due to his own mental health struggles including severe depression, self-harm, body dysmorphia, Zink truly understands the helpful significance of a sympathetic ear and a friendly face. Zink is well positioned to offer advice and makes an effort to reveal some innermost personal truths with the aim of releasing his own frustrations and helping people come to terms with their own afflictions.

After losing his wife and father to suicide and his own attempt to take his life in 2018, Zink bravely sought therapy and realized that he had the power to share what he had learnt with others. Deciding to take a huge leap of faith Zink brought his stories and insights to the public eye via his YouTube channel. Due to the overwhelmingly positive response that Zink received, the La Palma native created Dr1ven – an online community to provide users with a chance to freely connect and communicate with strangers across the globe, helping them realize they are never alone. Zink has also launched a Facebook group called ‘Warriors of the Day’, posts daily YouTube videos in the hope of inspiring people and posts his phone number and personal email so he can talk directly to those who may need his soothing voice. Understandably becoming one of the most sought-after mental health advocates, Zink is living proof of the power of hope 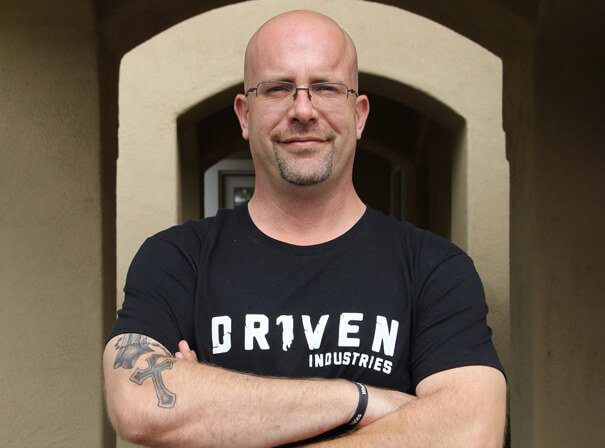