Espen Anderson is a well known professional Norwegian Nordic combined skier and Olympic Games medalist. Anderson competed at the Pyeongchang 2018 Winter Olympics and ended up taking home a silver medal for his excellent performance alongside the Norwegian men’s team. On top of this, Anderson has also secured two podium positions at the World Cup Championships, all the while representing his sports club Lommedalens IL.

Athleticism runs in Anderson’s blood. His grandfather, father, and brother were also avid skiers, and they introduced him to the sport. As he vigorously practiced in order to improve himself over the years, eventually Anderson began to take home medals and solidify his name as a combined skier. His first major victory occurred at the 2012 Junior World Championships, in which he earned a bronze medal in the 5 km Gundersen event. He also landed a fourth place spot during the team competition. The next year, Anderson made his FIS Alpine Ski World Cup debut in March 2013, in Oslo. This marked the beginning of his career as an adult professional athlete.

2018 was a remarkably good year for Anderson. He not only got to fulfill his dreams of competing in the Olympics, but also finished in 2nd place for that year’s World Cup season. Since then, he has been making his way back to the top competing in both the 2019 and 2020 World Cup seasons. With his level of dedication to the sport, Anderson undoubtedly awaits a bright future. 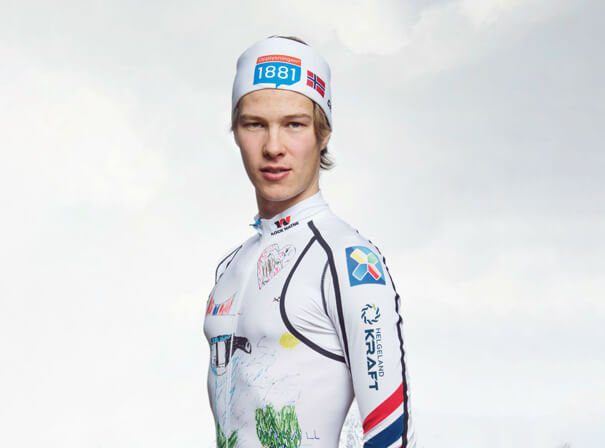