History maker Ester Ledecka is not only a phenomenal Alpine Ski Champion, but she is also an incredible snowboarder. Dominating the slopes in two different disciplines have made Czech snow queen Ledecka leave her opponents in the dust. Victorious at the 2018 Winter Olympics in Pyeongchang, Ledecka got the attention she deserved. Rapid and precise, Ledecka’s command of her skis and board are a cut above the rest. Donning her first set of skis at the age of two, and then finding her feet firmly planted on a snowboard by the age of five, Ledecka was born to be a champion. Pursuing both disciplines have placed Ledecka at the forefront of her game. Now one of the most thrilling high-adrenaline athletes on the scene, Ledecka is an inspiration to behold.

Shocking the world, Ledecka flew through the ski Super-G from being ranked 49th in the world, to taking home the Olympian gold. Putting her name in the history books, Ledecka then annihilated the competition in the snowboard parallel Giant Slalom. Two Olympic victories from the same Games, in two disciplines, made Ledecka the first-ever athlete in the world to achieve such an incredible feat. Defying the odds once more, Ledecka surprised everyone by becoming the maiden athlete to win the downhill event at the 2019 World Cup for snowboarding and Alpine skiing.

Facing down adversity and mastering her craft, Ledecka thrives in making the impossible possible. With a world of coaches and critics against her, Ledecka has proved them all wrong. Fearless and determined, Ledecka is unreachable and on a level of her own making. We have yet to see her limits, as Ledecka’s eyes are set way beyond our expectations! She is paving the way for generations to come. 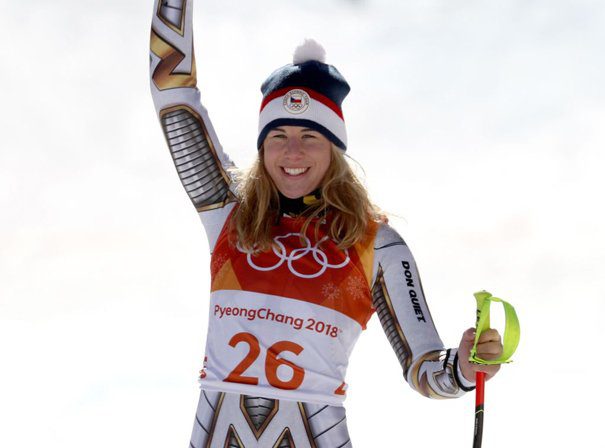