Actor, writer and comedian Ethan Lawrence is best known for his portrayal of the lovable Joe Poulter in the hit TV show Bad Education. Lawrence is originally from Essex, England, and has solidified himself as one of Britain’s most exciting young actors and comedians. Lawrence played the character for 19 episodes from 2012 to 2014, and became one of the show’s most prominent and cherished characters. As a result, Lawrence’s unique comedic and acting talents became noticed quickly.

In 2014 he appeared as Ryan in the Sky Living series Trying Again as well as on BBC Comedy Feeds. 2015 then saw him return as Joe Poulter in the movie adaptation of Bad Education. With a quickly growing career, 2016 would see Lawrence appear as Mikey in the TV mini-series Flat TV and as Daniel in Avatards. A year later, he starred in the acclaimed film How to Talk to Girls at Parties, in which he worked with Nicole Kidman and Elle Fanning. He also appeared in Doc Martin and The Rebel. In 2018 he then starred in 6 episodes of the mini-series Modern Horror Stories. Most recently, he played James in the award-winning Ricky Gervais show After Life, bringing his unique talents to the acclaimed show. His most recent project is the comedy film The Liar, in which he plays Trotter.

Known and loved for his lovable, unique and entertaining characters, Lawrence has become one of England’s most sought-after young actors, with only greater things to come. 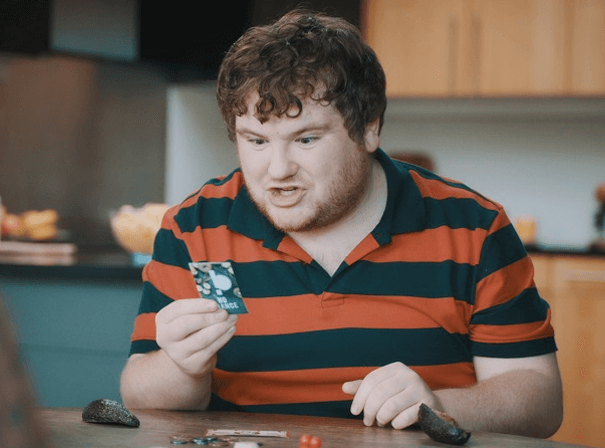