Ethan Slater is an American stage and screen actor currently best known for playing the title role in the hit stage show SpongeBob SquarePants: The Broadway Musical, a part for which he received a Tony Award nomination for Best Performance by a Leading Actor. Elsewhere, he swept the boards, winning the Best Actor prize at the Drama Desk Awards, Outer Critics Circle Awards, Theatre World Awards, and Broadway.com Audience Awards. In total, the show was nominated for 12 Tonys in the year it opened and was staged on Broadway over 350 times. A performance of the show was aired on Nickelodeon in 2019, giving home audiences a chance to experience Slater in his breakthrough role.

Slater was born in Washington, D.C. in 1992 and grew up in nearby Silver Spring, Maryland. He began his career acting in a variety of indie movie and webseries, including Redheads Anonymous, New Mayor of New York, and Lightning Bugs in a Jar. He also regularly trod the boards and first played SpongeBob SquarePants in 2016 whilst the musical was still in off-Broadway development. After a role in the first off-Broadway production of Who’s Your Bhagdaddy? Or How I Started the Iraq War, Slater originated the starring role in SpongeBob SquarePants: The Broadway Musical in December 2017 and played it for the length of the show’s run on the Great White Way, making him one of the most talked-about Broadway breakouts of recent years.

On television, Slater’s career has also continued to develop, with guest roles in the likes of Law & Order and Fosse/Verdon. He has also appeared in various off-Broadway productions, including Camelot and Assassins. 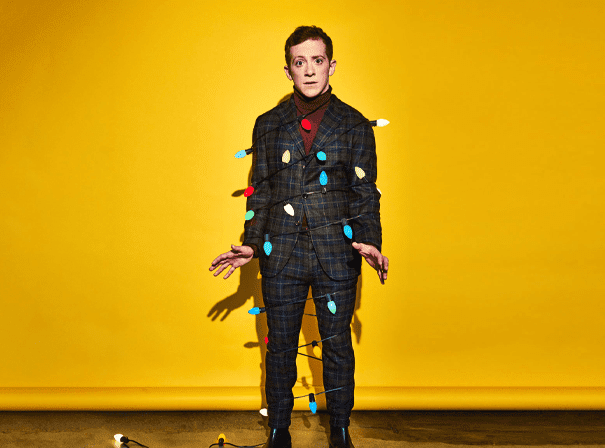