Dominating the South Korean curling contingent, EunJung “Annie” Kim is a formidable opponent on the ice. From her phenomenal performances in the junior league to international celebrity, Kim is raising the profile of one of the world’s most favourite sports. Hero of the Pyeongchang Olympic Games, Kim became an internet sensation. Not only did she successfully capture the silver medal, but Kim also brought her’ game face’ to the competition. With worldwide fandom in her hands, Kim is elevating curling’s appeal to the global stage.

Kim made a significant breakout on the Olympic stage. Finding herself and her team, ‘The Garlic Girls, as the underdogs of the competition, Kim skipped her team to the globe’s grandest podium. Leaving her opponents in the dust, Kim’s extraordinary rise in the curling ranks has been a marvel. Three-time silver medalist at the Pacific-Asia Junior Championships, Kim’s destiny on the World’s Curling Tour circuit was born. Now a four-time podium winner of the Pacific-Asia Championships among others, Kim has helped secure her hometown of Uiseong as the Korean curling capital.

Fronting the legendary Team Kim, Kim has given a voice to her hometown. Boosting the town’s garlic industry, Kim also helped give curling a face in South Korea. Shaping sporting culture, Kim has elevated curling to the country’s most loved sports. Founding a curling dynasty, Kim’s powerful command of her game will leave a lasting legacy. With the Winter Olympics on the horizon, Kim will be flying her country’s flag high. 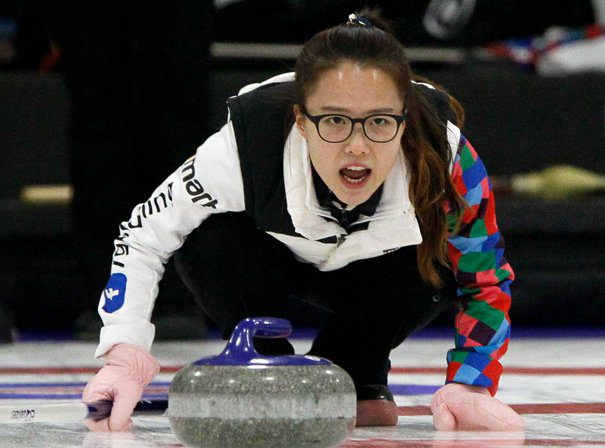