Dr Evan Antin is fast becoming one of the world’s most famous vets. With over 1.3 million Instagram followers, he’s certainly got a massive social media reach. When you realise that he’s been voted the World’s Sexiest Vet more than once (and the Sexiest Man Alive by People magazine), you begin to understand why. But Altin’s appeal isn’t merely physical. A passionate and erudite animal expert, he has hosted shows such as Evan Goes Wild and Walking with Animals as well as being a regular contributor to shows such as The Wendy Williams Show, Home & Family, Good Morning America, The Drew Barrymore Show, and many more.

Dr Antin hails from Kansas City. Fascinated by nature from a young age, he spent his childhood in search of his home state’s richly varied native wildlife. He moved to Boulder, Colorado, to study Evolutionary and Ecological Biology at university and also spent time studying wildlife and ecosystems in Australia and Tanzania. On completing his training, Dr. Antin moved to the Conejo Valley in California and began working as a vet. And he is still there today, only he’s a little more famous than a lot of vets these days.

Dr Antin first appeared on television in 2013 as a guest on Kris. Since then, he has steadily become more and more popular, particularly since viewers began noticing his resemblance to dashing actor Henry Cavill. In the age of social media, all of this transpired to take his fame worldwide, and he has appeared on TV shows as far afield as the United Kingdom. He regularly connects with his fans to tell them all about his travels and offer practical advice on pet care. 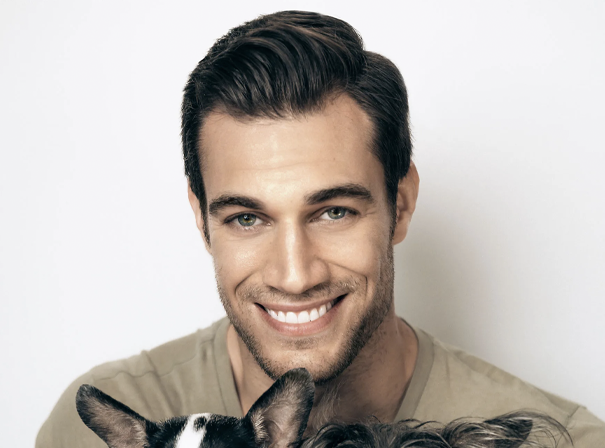