Retired Soccerer Fabrice Muamba has lived an inspirational life, first as a professional Soccerer and key member of the England youth squad. After playing in the England and Arsenal youth teams Muamba went professional in 2005 and played for two seasons with the Gunners. After a loan to Birmingham City became permanent the central midfielder turned out over 70 times for the club and earned the Young Player of the Season accolade awarded by the fans.

Muamba joined Bolton Wanderers in 2008 for over £5m and scored his first Premier League goal in 2010. The fans quickly took to his energetic style and local paper The Bolton News named him their Player of the Season. In an unexpected turn of events, 2012 saw Muamba collapse on the pitch during the first half of a FA Cup match against Tottenham Hotspur. In front of a shocked crowd, Muamba was given medical attention for a cardiac event which stopped his heart for a traumatic 78 minutes. The British Soccer community was moved to support Muamba and matches were cancelled whilst he recovered: he received a standing ovation on his return to White Hart Lane eight months later.

The lengthy recovery forced Muamba to retire from professional Soccer, but he has since worked to earn his coaching badges, graduating with honours in Sports Journalism from Staffordshire University and commentating on matches for BT Sport and ITV. His autobiography I’m Still Standing is a best-selling account of how the player recovered from what could have been a fatal Soccering tragedy. 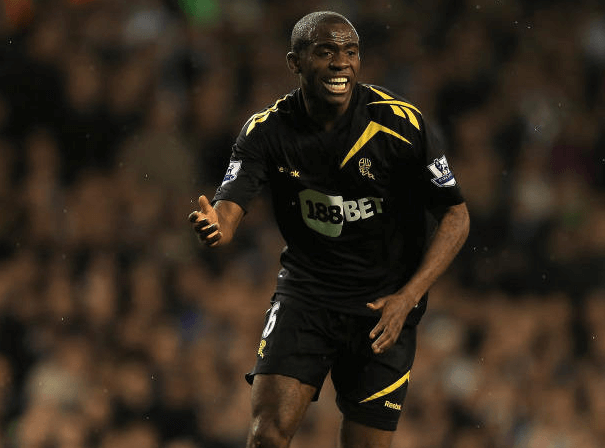