Hailing from the Islamic Republic of Iran, Fatemeh Sadeghi Dastak is living proof that martial arts have the power to transcend borders, race, religion, and gender. She has triumphed at both continental and world championships, building a reputation within the martial arts world as one of its leading female karatekas.

Dastak exploded onto the world stage in 2015, taking gold in Junior Female Kata at her first world championship, the 2015 World Junior, U21, and Cadet Championship, held in India. Held every other year in different countries, this competition brings together the very best of young karate talent, to win at the first attempt is no mean feat. The following year, Dastak travelled to France to enter her first Karate 1 Premier League and achieved a top ten finish. She also returned to India, taking silver in the Asian Karate Federation Championship’s Junior Female Kata competition. At the 2017 event, in Kazakhstan, she moved to the Under-21 Female Kata category and won her second gold medal. In 2019, she participated in her first Senior AKF Championship, this time in Uzbekistan, taking home the bronze medal.

Recent years have seen Dastak compete in an increasing number of Karate 1 Premier Leagues. Her desire to participate at the highest level has seen her travel across the globe. She began the 2020s with three such championships in quick succession, competing in Paris, Dubai, and Salzburg within the space of just five weeks. At all three she attained her highest placings yet, a strong sign that her career is coming into its own. 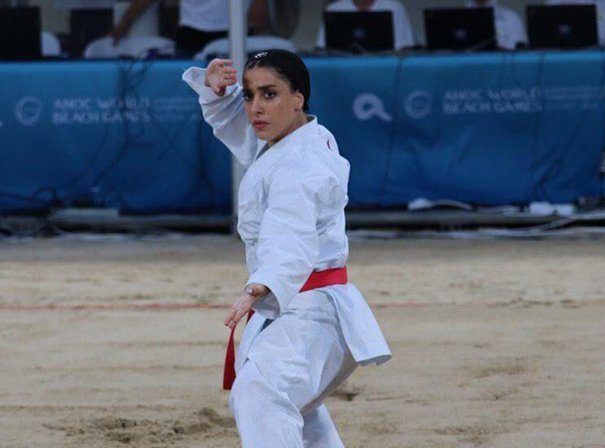