Federico Valverde is a Uruguayan professional Soccer player who is widely renowned as a central midfielder for Real Madrid in Spain. Valverde is also an integral player on the Uruguay national team. Valverde’s reputation rose to recognition when he played for Peñarol, spending majority of his youth career with the club. Having impressed many at the club, he caught the attention of prestigious clubs such as Arsenal, Barcelona, Chelsea and Real Madrid.

In 2016 he officially signed to Real Madrid and became a regular member of the second team in his first season. After returning to Real Madrid from being on loan, he was signed to the first team in the 2018-19 season, scoring his first La Liga goal against SD Eibar in 2019. In 2020, Real Madrid won against Atletico Madrid and was named man of the match, receiving a great deal of praise for his performance.

During the season he made 33 appearances, taking Real Madrid to win the 2019-20 La Liga.

Valverde has won many personal awards for his skill and ability; in the 2017 FIFA U-20 World Cup he won the Silver Ball for Uruguay, having made his debut for the team that year. 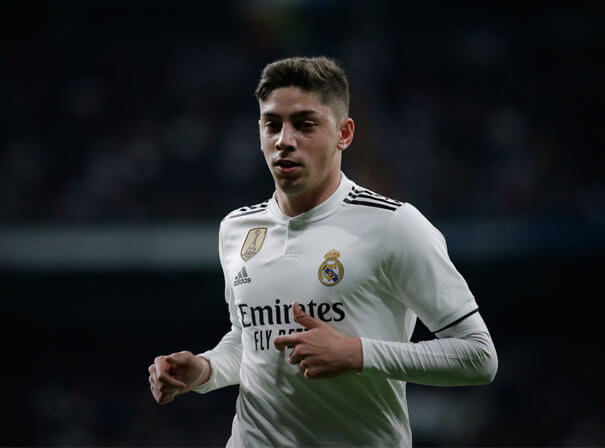