Franco Baldini has cut a controversial figure in Soccer since his career began in the Italian leagues in 1979. After playing for nine clubs as defensive midfielder and scoring 29 goals he moved into management in 1999. Appointed as Director of Soccer at Serie A team Roma, alongside countryman Fabio Capello, Baldini was instrumental in building the team that won the Scudetto in 2001, thanks to successful signings that included Emerson Palmieri and Gabriel Batistuta.

A move to Real Madrid to beome club secretary in 2006 saw Baldini reunited with long-term associate Capello before the team triumphed in La Liga. Baldini was also called up to support Capello as assistant manager when he took over the England squad, steering the team to the last 16 of the 2010 World Cup. Baldini’s time with Roma wasn’t over, however, and in 2011 he returned in an executive role as the club went through a period of transition and takeover.

The experienced Baldini took over as technical director of Tottenham Hotspur in 2013, his first time with a Premier League club, where he oversaw high-stakes transfer deals. Despite securing this high-profile position, his favoured club of Roma beckoned once more and Baldini left English Soccer on good terms for a third stint with the Giallorossi in 2016. He remains on the executive committee at Roma and continues to skillfully negotiate transfer deals. 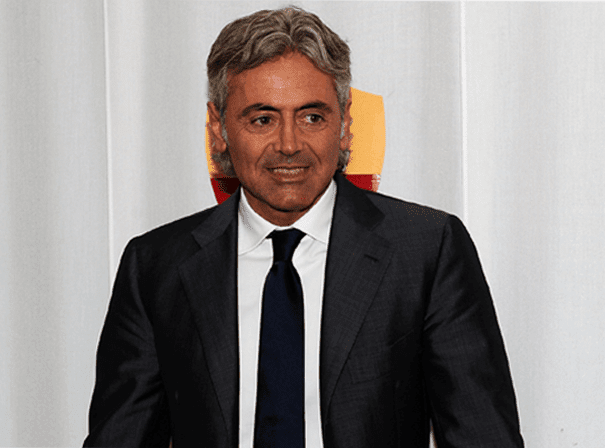