Frankie James Grande is an American dancer, actor, performer, television host, and YouTube personality who both appeared in Broadway shows and produced them. Non-theatre goers will also recognise him from his time on Big Brother (both the UK and American series), as a judge on America’s Best Dance Crew, and as the host of Amazon’s live show, Style Code Live. He has also toured American nightclubs with his one-man show and won awards for playing Tyler in the series The Indoor Boys. His YouTube channel has over 456,000 subscribers and he has 2.1 million Instagram followers and over 1 million Twitter followers.

No, you’re not fooled by the surname, Frankie Grande is the older half-brother of singing sensation Ariana. He was born in New York in 1983 and began acting in regional and national theatre roles during the mid-late 2000s, getting his first Broadway break as a member of the cast of Mamma Mia! In 2014, having established himself on the stage, he entered the 16th series of the American version of Big Brother, eventually finishing fifth and staying in the house for three months.

In the wake of his Big Brother success, Grande found himself elevated to become one of America’s most popular social media stars. The Broadway roles also kept coming, and he appeared in the likes of Rock of Ages. He also began touring his autobiographical show and travelled to Britain to appear on Celebrity Big Brother. Away from the cameras and crowds, he is a tireless philanthropist, most notably as a co-founder of Broadway in South Africa. 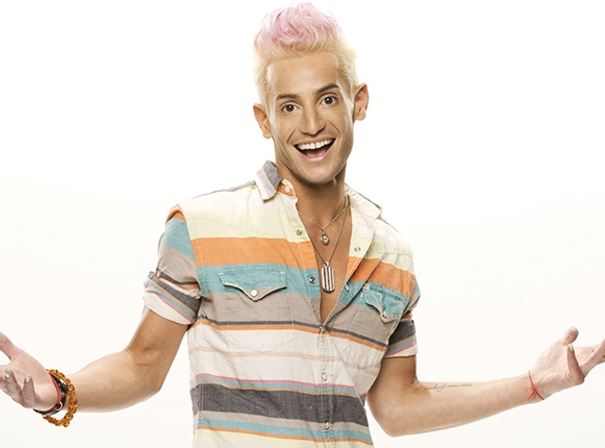