As one of the longest-serving broadcasters on British TV, national treasure Fred Dinenage has enjoyed an extensive career in television as a reporter and presenter for over 50 years.

Beginning his career in 1964 at Southern Television, Dinenage appeared on shows including Tell The Truth and the Iconic educational TV show How and its successor How 2. He has later gone on to present other programmes for the channel including Coast To Coast, Later, Meridian and Tonight for ITV Meridian. Recently, in 2019 Dinenage celebrated his 55th anniversary with ITV. Throughout his career, he has also presented other shows including ITV’s Saturday Afternoon Show, World of Sport and the BBC quiz shows Pass The Buck and Gambit. His crime documentary series Fred Dinenage: Murder Casebook was also broadcast on the Crime & Investigation Network during 2011.

A talented author, Dinenage has written a collection of factual books and ghostwritten several autobiographies including that of the infamous Kray Brothers. Dinenage also narrated Driver’s Eye Views for the railway filming company Video 125. Highly regarded across the industry, Dinenage now regularly speaks at conferences and events across the country and is considered a highly entertaining host and presenter. In 2010 Dinenage was appointed MBE for his contribution to the media industry as a broadcaster. Passionate about sport, Dinenage was previously on the board of directors at Portsmouth FC and in 2019 he was also named patron of the Guildhall Trust. 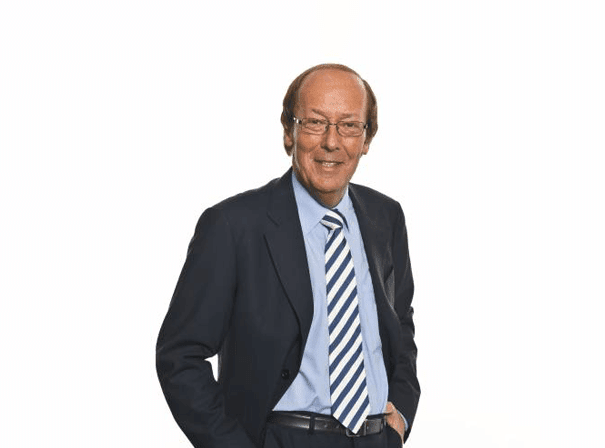