Fred Ottman is a former American professional wrestler better known as Tugboat or Typhoon in the World Wrestling Federation, where he teamed up with Earthquake as The Natural Disasters. In World Championship Wrestling, Ottman is best known for his notorious “Shockmaster” persona. Ottman made his WWF debut in a dark match under the name Big Man Steel in June 1989, with Slick as his partner. Tugboat Thomas (later just “Tugboat”) made his television debut in January 1990.

His gimmick involved lifting his fist in the air and then lowering it (as if signalling a trucker) and making a “Toot-toot” noise, similar to a foghorn on a submarine. Tugboat helped Hulk Hogan in his feud with Earthquake and Dino Bravo, nicknamed “Canada’s Toughest Man.” It was timed to coincide with a big drive that saw Tugboat beat a variety of opponents on TV. When Ottman faced Hulk Hogan in a battle royal on the final NBC Saturday Night’s Main Event in May 1991, he hinted at a heel turn. He changed his character’s name to Typhoon and allied himself with Earthquake as the The Natural Disasters, handled by Jimmy Hart, not long after.

The Natural Disasters won the WWF World Tag Team Championship from Hart’s Money Inc. in July 1992, before losing the titles again to Money Inc. three months later. Ottman wrestled in low-profile singles matches before leaving the WWF in the spring of 1993. In 1993, he made his World Championship Wrestling debut as The Shockmaster and promptly toppled over, losing his mask on national TV while his teammates laughed out loud. This blunder harmed his career in the short term, but it is now widely remembered as the worst debut in wrestling history, a reputation Ottman has exploited since retiring from the arena. 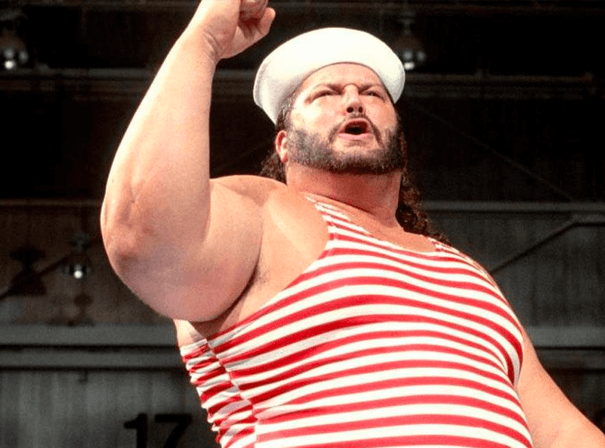