Fredrik Reinfeldt is a Swedish politician and economist, and the longest-serving conservative prime minister in the history of Sweden. An active force in Swedish politics for over 25 years, he was the president of two coalition governments from 2006 to 2014. Reinfeldt is known for reforming the Swedish economy and job market during his time as Prime Minister. Reinfeldt was awarded Swedish honour H. M. The King’s Medal for his extraordinary efforts as Prime Minister in 2016.

Born in Stockholm, Reinfeldt spent much of his childhood in London. He was as elected deputy chair of the Swedish Central Conscripts Council in 1985 whilst completing his military service, and he went on to study business administration and economics at Stockholm University.

Reinfeldt was elected to Sweden’s parliament in 1991, holding a number of posts of the youth wing of the Moderate Party. In 2003 he was elected leader of the Moderate Party and began to propose various reforms designed to lower the unemployment rate. The Moderate Party formed an alliance with the Christian Democrats, the Liberals, and the Centre Party for the 2006 parliamentary election and won, and Reinfeldt succeeded Göran Persson as prime minister. During his time in office, he created 300,000 new jobs despite the country suffering a financial crisis, and the Swedish economy had the highest growth rates in Europe.

Since stepping down as Prime Minister of Sweden and leader of the Moderate Party in 2014, he has formed his own business Fredrik Reinfeldt AB, and he released his autobiography Halfway in 2015. 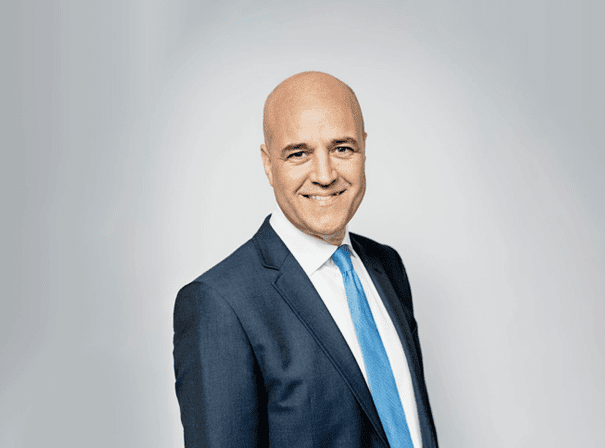