Frenkie de Jong is a widely renowned Dutch footballer who is best known for playing as a midfielder for the Spanish club, Barcelona, as well as the Netherlands national team. As a footballer, he is recognised internationally for his versatility and his defensive abilities. He has played for two internationally esteemed clubs, including AFC Ajax and Barcelona.

De Jong started playing football at a young age and shows great potential, beginning his professional career in 2015 at Willem II at the age of eighteen.

At AFC Ajax, he established himself as a key player and took the team to reaching the Champions League semi-finals, also winning the Eredivisie, KNVB Cup and was named Eredivisie player of the season. After some very successful years with AFC Ajax, he signed for Barcelona in 2019 for a 75 million euro fee.

De Jong was selected to the 2019 FIFA FIFPro World11 team, as one of three Dutch players to play in the squad for the first time in half a decade.

Internationally, De Jong made his debut appearance for the Netherlands in 2018 having previously played in the youth teams successfully. In his senior team debut, he scored the winning goal and went on to play for the team in the 2018-19 UEFA Nations League and the UEFA Euro 2020 qualifiers. 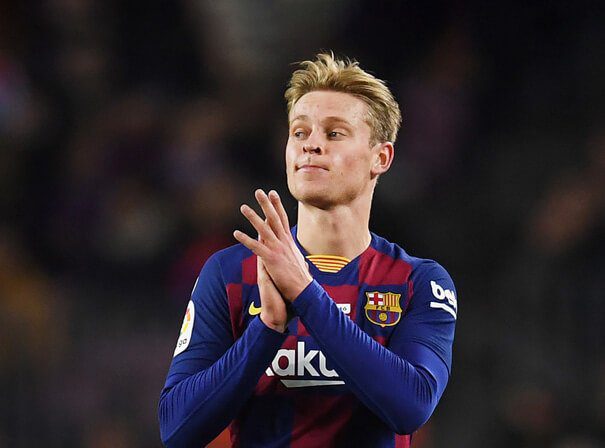