Gabby Logan is one of the most recognisable faces on British television, famous for presenting popular sports programmes including Final Score, MOTD Six Nations, The Premier League Show, Inside Sport, Invictus Games, The Olympic Journey, The World Swimming Championships and Women’s Football. She was one of the main presenters for the BBC’s coverage of both the 2012 and 2016 Olympic Games, the 2014 Glasgow Commonwealth Games and the 2014 Brazil World Cup, and is now the main host of Athletics for BBC Sport. Logan has also been a frequent stand-in presenter on BBC’s The One Show and presents the annual BBC Sports Personality of the Year award show.

Born in Leeds, Logan is a former international gymnast and represented Wales at the 1990 Commonwealth Games in Auckland. Logan kicked off her presenting career at Metro Radio in Newcastle before getting her big break as a Sky Sports presenter in 1996.

In 1998, Logan left Sky to work for ITV, where she rose to prominence as one of the few female sports presenters on terrestrial television at the time, presenting lunchtime football show On the Ball, and she also presented ITV’s UEFA Champions League coverage before leaving to join the BBC.
Since joining the BBC, Logan’s career has gone from strength to strength and she is one of the most well-known sports presenters for the channel, acting as the main presenter for global sporting events and deputising for Gary Lineker on Match of the Day. Logan is also a prolific writer, with articles published in The Guardian, The Independent and Glamour magazine and her own column for The Times. Gabby also finds time to work hard for various charities, and is a patron of the Prince’s Trust, the Disabilities Trust and Great Ormond Street. 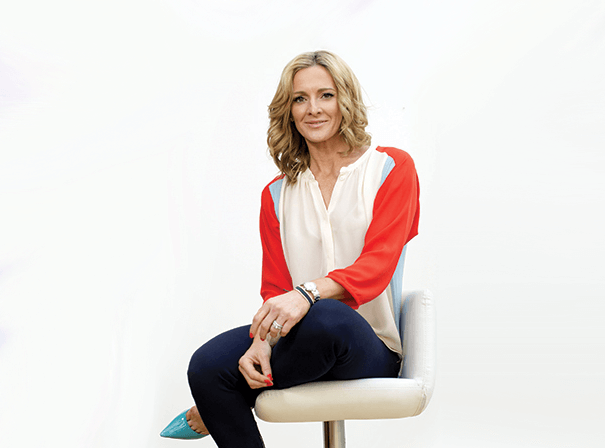