Jesus grew up playing street Soccer before joining local teams near Sao Paulo. When he was 16 he signed his first formal contract, as a youth player with Palmeiras. He quickly proved to be a great player, becoming the team’s top scorer in his first season and helping them to victory in the 2015 Copa de Brasil. In the same year, Jesus’s prodigious talent was recognised when he was named Best Newcomer in the Campeonato Brasileiro Serie A and in 2016 he helped Palmeiras win the national league for the first time in 22 years. By now, his talent had attracted the attention of Premier League side Manchester City, and he signed to the club in 2017. Jesus was a crucial part of the team that went on to win the Premier League in 2018 and 2019, as well as the FA Cup in 2019.

This top class player is also an Olympic gold medal winner, having represented his country at the 2016 Summer Olympics in Rio de Janeiro. Other international appearances include at the 2015 FIFA Under 20 World Cup and the 2018 World Cup, with Jesus gaining a reputation for himself on the world stage. Most recently he has won the 2019 Copa America with the Brazilian side, and this young and ambitious player looks ready for many more exciting years on the pitch. 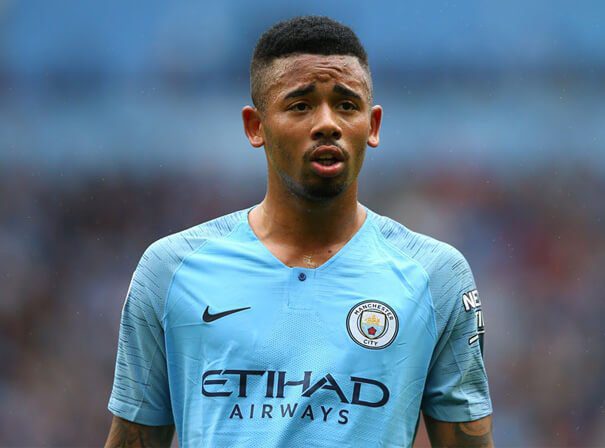