Gabriella Graves is an American actress and singer. She was born in Texas in 2005 and at just 4 years of age she realised that she had a passion for acting, with the role of Young Ti Moune in a theatre for children in San Antonio. This love for performing continued to develop. At the age of 8 she was signed by an agent in Los Angeles.
To support her the family moved to California, she has been very successful in being selected for roles.

She has a voice over role as the twins Mary Pay and Bianca in Spirit Riding Free, a Netflix animation. She is Wren the boss on Amazon’s Costume Quest and on Disney Channel’s Coop and Cami Ask the World she played the role of Delaware. Graves was featured in the sitcom Alex, Inc along with actor Zach Braff.
Gabi enjoys singing and making YouTube videos of cover songs.

She says “I love to make people smile and give them an escape from reality”. She is studying TaeKwonDo and she loves reading. After losing two friends to cancer, with her family she has done a lot of work for charity and is a Junior Ambassador for the Children’s Hospital of Los Angeles. 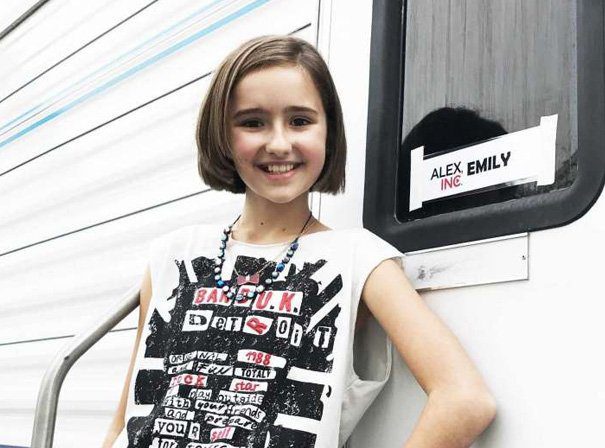