Former world No. 1 Garbine Muguruza is a Spanish-Venezuelan tennis player who has won seven singles titles during the course of her career.

Born in Venezuela, Muguruza started playing tennis when she was just 3 years old. Her parents moved to Spain when she was six, and she was able to attend the Bruguera Tennis Academy near Barcelona where she trained and received professional coaching. She turned professional in 2012, and was given two wild card entries into the Miami Open during her early career. In 2014 she won her first WTA title at the Hobart International and began to slowly rise up the ranks of women’s tennis. It was that year that she shot to fame, reaching the final 16 at the Australian Open and beating Serena Williams in the second round of the French Open to reach the quarterfinals of the competition. Muguruzu’a first Grand Slam final was at Wimbledon in 2015, the same year she won her first Premier Level title at the China Open. Her great form continued with qualification for the WTA Finals, making it through to the semifinal of the competition before winning her first major title the following year. She took home the crown at the 2016 French Open and reached the world No. 2 spot.

Muguruza’s impressive career reached an all-time high in 2017, when she took home the title at Wimbledon and landed the top spot in the world rankings. She continues to play at major competitions around the world and reached the final of the Australian Open in 2020. 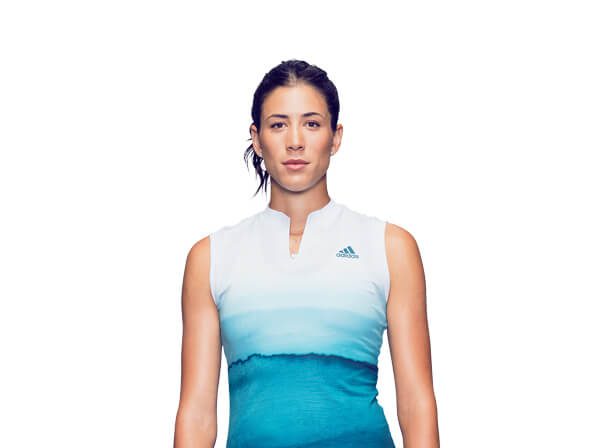