Famous for presenting the BBC’s highly successful flagship sports news programme Sportsweek on BBC Radio 5 for nearly 20 years, Garry Richardson is a BBC radio presenter with a long and illustrious career which has included reporting on seven Olympics for the BBC. Richardson currently entertains listeners as sports presenter on the BBC Radio 4’s weekday morning show Today, and also appeared regularly on BBC Television. He has also presented his own comedy show Look Away Now for BBC Radio in 2007, a hilarious spoof of sports news programmes, and was awarded with a Sony Gold Award for Sportsweek the same year.

Richardson’s broadcasting career began with BBC Radio Oxford, and he made his national radio debut in 1981, when Today’s co-presenter Brian Redhead introduced him before a match between Nottingham Forest and Manchester United. Before long, Richardson had established himself as a regular reporter on the show, and he has continued in the role for over 20 years. Richardson also rose to prominence presenting Sports week on BBC Radio Live, interviewing guests from the world of sport, including President of the United States Bill Clinton, and former South African president Nelson Mandela. Known for his persistent interviewing style often compared to that of direct journalist Jeremy Paxman, he remained a favourite with listeners over nearly 20 years on the show, winning the Sony Gold Award for Best Sports Programme in 2007.

Richardson’s latest venture will see him take his unique brand of wit to the stage as he hosts a celebration of BBC Radio 4 featuring fellow veteran presenters Charlotte Green, the Reverend Richard Coles and Alistair McGowan . 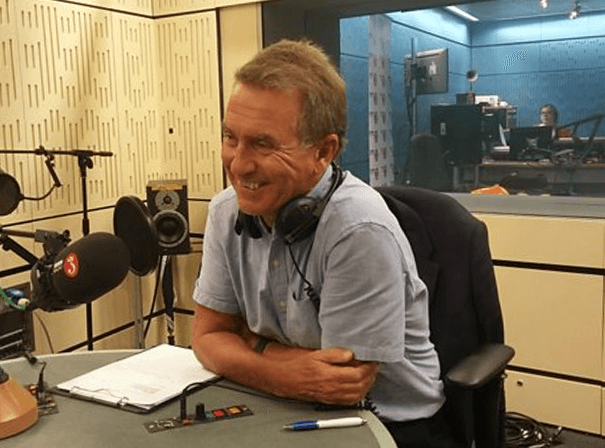