Right-back Gary Neville’s name has become synonymous with the glory days of Manchester United. Playing under manager Sir Alex Ferguson, Neville saw the golden years at Old Trafford as part of a legendary team that included David Beckham, Ryan Giggs and Paul Scholes, a line-up that won the hallowed ‘Treble’ in 1999.

Playing only for Manchester United throughout his whole professional career, Neville made over 200 appearances for the Red Devils, captained the team for five years and led the team to win three FA Cup titles and top the Premier League eight times. Internationally, Neville was capped 85 times for England – including at two World Cups – making him the country’s most-capped right back player. After stepping down at Manchester United he was appointed assistant manager for England’s national team alongside boss Roy Hodgson, working through the 2014 World Cup and qualifiers for Euro 2016. 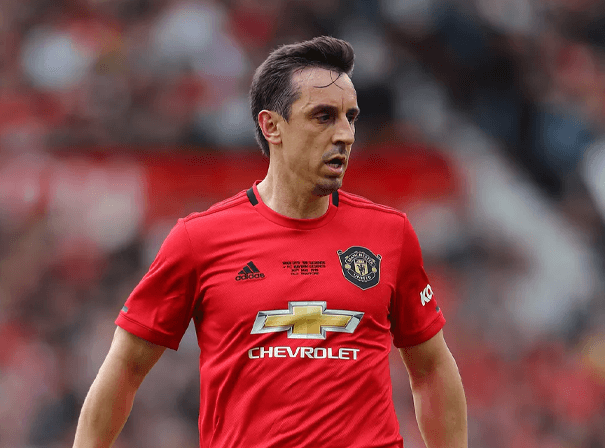