Double Super Bowl champion Gary Reasons is a former NFL star who spent the majority of his professional career playing for the New York Giants. His success was built on his brilliant college career, which saw him become the first player in college football history to be named to the Division I All-American team three times. Accordingly, he was inducted into the College Football Hall of Fame in 1996. Since retiring in 1992, he has worked both as a coach (with the Oklahoma City Yard Dawgz) and a college football analyst for various TV stations, including his current home, Fox Sports.

Reasons was born in Texas in 1962. His college career took him to Louisiana where he played for the Northwestern State Demons. After building a formidable reputation with them, he was picked by the New York Giants in the fourth round of the 1984 NFL Draft. He stayed with the team until 1991, winning the Super Bowl with them in 1986 and 1990. After a brief spell with the Cincinnati Bengals, he retired.

In 2004, he reemerged as the head coach of arena football side the Oklahoma City Yard Dawgz. In his first year with them, he guided them to a second-place finish in the Southwest Division. He headed the team again in 2008. For the most part, however, he has become known as a highly respected and knowledgeable college football analyst, working for the likes of ABC, ESPN, and Fox. 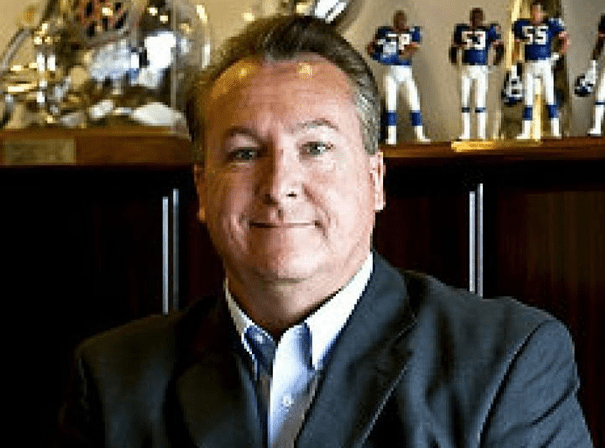