Gavin Esler is an author, television presenter and journalist, and was the main presenter of BBC2’s current affairs programme Newsnight for 12 years. He is also a successful author, with several non-fiction books and five novels under his belt. With a career in journalism spanning well over two decades, he has interviewed countless world leaders including Tony Blair, Margaret Thatcher, David Cameron, President Clinton, President Carter and King Abdullah of Jordan, and writers and artists from different aspects of the arts as part of his work for BBC World, including Dolly Parton, Angelina Jolie and film-makers Terry Jones and Peter Bogdanovich. Since stepping down from Newsnight in 2014 he became the Chancellor of the University of Kent, a voting member of BAFTA and is in constant demand as a public speaker and political commentator. Esler stood as a candidate for Change UK in the May 2019 European Parliament election.

Born in Glasgow and brought up in Northern Ireland and Edinburgh, Esler’s first job as a journalist was at The Belfast Telegraph at the time of “the troubles”, his investigative work on the wrongful convictions of Guiseppe and Gerry Conlon leading to the campaign that overturned the verdicts of the “Guildford Four”. Esler’s career then took him Stateside as the BBC’s Chief North America Correspondent, where he met Bill Clinton and visited 48 of the 50 states. In the following years he reported from countries around the globe, and won a Royal Television Society award for his TV documentary about Alaska.

As an author, his critically acclaimed novels included Loyalties, Deep Blue, The Blood Brother, and A Scandalous Man. His latest non-fiction title, Brexit WithoutThe Bullshit: The Facts on Food, Jobs, Travel and the NHS is a thought-provoking look at the effects Brexit will have on our lives. 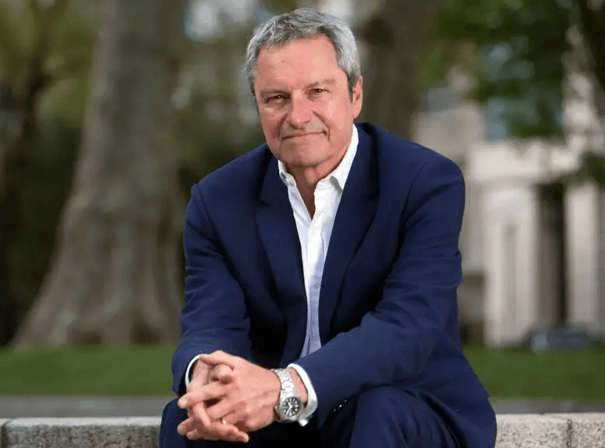