Former Major League Baseball star, broadcaster, believer, family man and motivational speaker, Geoff “Blummer” Blum is currently the TV colour analyst for the Houston Astros. He was known for playing excellent defence at all the infield positions, and over a glittering career he stepped out for the Montreal Expos, the Houston Astros, Tampa Bay Devil Rays, San Diego Padres, the Arizona Diamondbacks and the Chicago White Sox.

Before becoming a professional baseball player, Blum majored in sociology at the University of California in Berkeley, where he also played for the California Golden Bears baseball team. In his freshman year of 1992, he played in the CWS. The following year he played collegiate summer baseball with the Brewster Whitecaps of the Cape Cod Baseball League, and then, in 1994, he was drafted in the 7th round of the MLB draft by the Montreal Expos. During his time with the Expos, Blum spent the winter of 1995 in the Australian Baseball League playing for the Hunter Eagles. After moving between a number of clubs, Blum was traded to the Chicago White Sox in 2005. That same year he hit a home run to win Game 3 of the World Series. In 2008, a monument celebrating the 2005 World Series was unveiled at US Cellular Field in Chicago, featuring bronze statues of five players. Blum is one of them, commemorating his tie-breaking home run, which would forever cement his place in White Sox history. 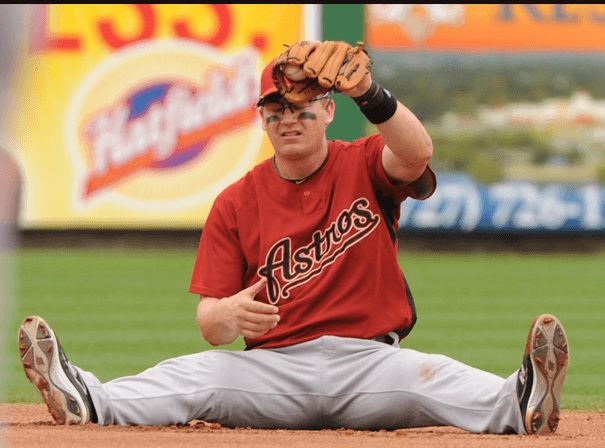