West End actress Georgie Ashford is a star on the rise. The roles of Marilyn and 1st Cover Cynthia in “Beautiful,” 1st Cover Ellie, Cover Magnolia, and Julie in “ShowBoat,” and 1st Cover Diana, Maggie, and Bebe in “A Chorus Line” are some of the West End productions in which she has appeared. Ashford also featured in a production of “Oklahoma!” in Chichester and played Nell Freeman in “Godiva Rocks” at the Belgrade Theatre, as well as the production of “Oliver!” directed by Daniel Evans at the Sheffield Crucible. Some of her other credits include “Barnum” (UK Tour), “1st U/S Jenny Lind” (Barnum), and “Oliver!”

In 2021, the hugely successful production of Anything Goes that ran on the West End was screened in cinemas, and during the entire run of the production, which began on July 23 and ended on November 6 of that year, Ashford was a member of the show’s ensemble and served as the understudy for one of the lead parts, Hope Harcourt. Sutton Foster, Felicity Kendal, and Robert Lindsay appeared in the musical production that smashed the box office records at the Barbican Centre, with a total gross of £717,000 in just one week. The musical includes the iconic songs “I Get a Kick Out of You” and “You’re the Top.”

During the Covid-19 lockdown period in the UK, Ashford and her partner, fellow West End actor Linford Johnson, set up the performing arts school Esprit Performing Arts in Swindon. During the run of Anything Goes, Ashford commuted back and forth between Swindon and London, so that she could both instruct her Saturday students in Swindon and then perform in two shows in London later the same day. Singing, dancing, and acting are the three aspects of the performing arts which are taught at Esprit Performing Arts. 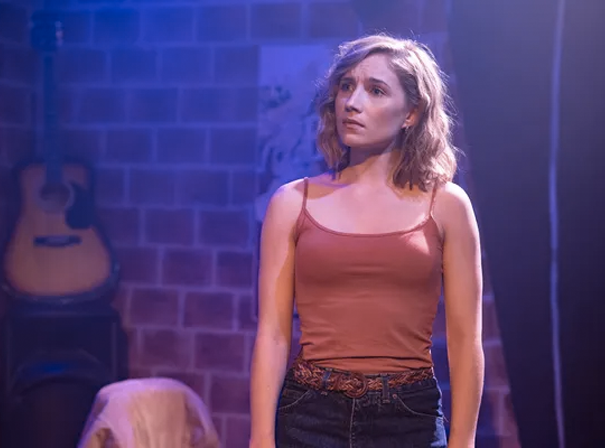