A born showman, Glenn Maxwell is an Australian professional cricketer who has represented his country in Test cricket as well as ODI and Twenty20 tournaments. Nicknamed ‘The Big Show’, he is known for his confident, extravagant play. He represents Victoria and Melbourne Stars in Australian domestic cricket. In 2010, Maxwell made his professional cricket debut with Victoria in the Twenty20 Big Bash. He set the record for the fastest half-century in Australian domestic one-day cricket in 2011 when he struck 50 runs in 19 balls. In February 2013, the Indian Premier League’s Mumbai Indians paid $1 million for Maxwell. He made his Test debut in the second Test against India at Hyderabad in March 2013.

Maxwell struck 102 off 52 balls against Sri Lanka in the 2015 World Cup, the second-fastest World Cup century ever. He also scored an unbeaten 145 off 65 balls against Sri Lanka in 2016, the fourth highest Twenty20 International score of all time. Maxwell scored 104 off 185 balls in his first test against India at Ranchi in March 2017. After Shane Watson, he became the second Australian to reach hundreds in all three forms. In November 2017, Maxwell scored his first double century in a Sheffield Shield match. He was bowled for 278 off 318 balls in an innings that included 36 fours and four sixes.

Maxwell revealed in October 2019 that he would be taking a break from cricket to deal with mental health issues. After his return, in a 2020 tour of England, Maxwell was impressive with the bat, collecting 186 runs at a strike rate of 62. This included a magnificent 108 in the last ODI to help Australia win their first ODI series in England since 2015. He was later crowned the series’ man of the year. 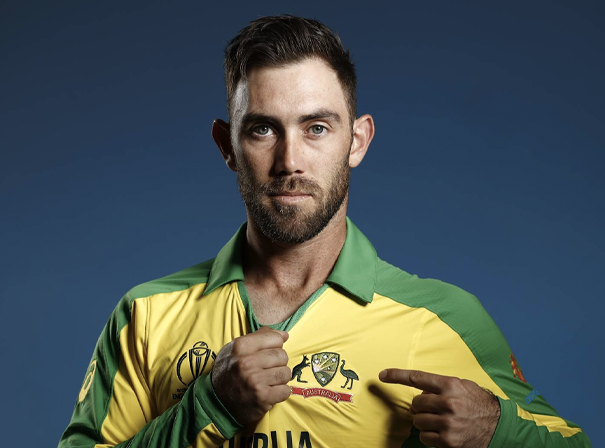