Popular children’s television presenter Grace Webb is best known as a motorsport enthusiast and host of the CBeebies show Grace’s Amazing Machines. A rising star in the world of children’s factual programming, Webb has enjoyed a bright start to her career that began with her first TV appearance as a presenter and interviewer on ‘Motors TV’ as part of the motorcycle championship ‘Thundersport GB’.

Grace’s success on the show went on to land Webb her own Children’s show on CBeebies, Grace’s Amazing Machines that was first aired in Autumn 2019. A firm favourite with younger audiences, the show sees Webb take to the wheel of some of the world’s biggest, fastest and most amazing machines. Following it’s growing fan-base of both children and their parents alike, Webb will be hosting a second series of the show, due to air in 2020.

Alongside her presenting career, Webb previously studied for a degree in Primary Education. She went on to teach as both a classroom teacher and later as a dedicated assistant headteacher for six years. With a strong passion for motivating younger minds, Webb is understandably a natural when it comes to presenting children’s TV. Coming from a family of motorsports enthusiasts, Webb is the granddaughter of the Donington Park Race Circuit Tom Wheatcroft, sitting at the heart of her love of adrenaline-fuelled sports. Having driven her motorbike around most of the major UK race tracks, Webb is often seen out in four wheels and also enjoys snowboarding and go-karting. 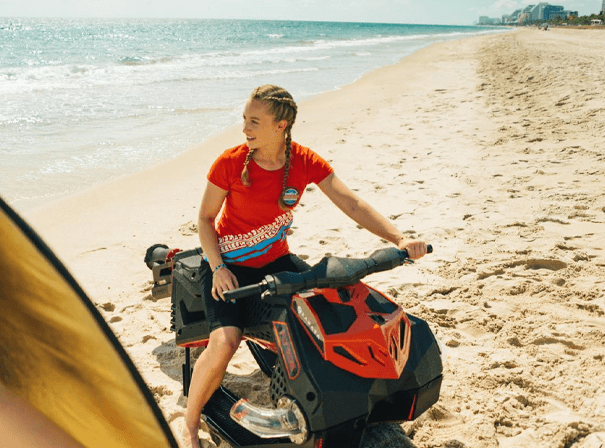