Award-winning chef Graham Elliot became the youngest four-star chef in any major American city at the age of 27. Also a restauranteur, cookbook author and television personality, he has earned numerous accolades and awards including several prestigious James Beard Foundation Nominations. He has appeared frequently on television including 10 seasons as part of the MasterChef franchise, on cooking competitions Iron Chef and Top Chef Masters and most recently on ABC’s Family Food Fight. Elliot opened his own restaurant in 2008 which is one of only fifteen restaurants in the United States to hold two Michelin stars.

Hailing from Seattle, Washington, Elliot travelled the world as a self-described “Navy brat”, an experience which sparked his passion for food. After attending Johnson & Wales University, he began to work as a chef, and by 2004 he was named as one of the nation’s “Best New Chefs” by Food & Wine. He was also listed on Crain’s Chicago Business list of 40 Under Forty at the age of 27.

After opening his eponymous restaurant in 2008 he appeared on the TV programme Top Chef Masters, cooking for The Heart and Stroke Foundation and later becoming associated with the charity after his nephew needed a heart transplant. In 2010 he was one of three judges on MasterChef, and later featured as a judge on MasterChef Junior. Elliot has continued to appear on TV cooking shows ever since, most recently joining ABC’s Family Food Fight in 2019.
Since 2013 Elliot has balanced his busy lifestyle as a TV chef and restauranteur with a healthier lifestyle, focussing on his health and family and running a marathon. 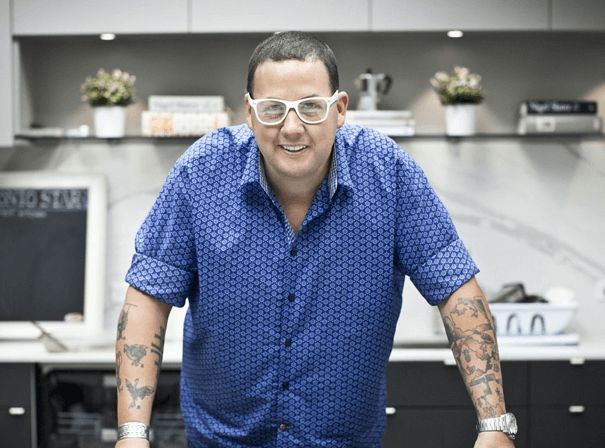