Comedian Grant Cotter exploded onto the comedy scene with his quick wit, quirky brand of humor and rapid-fire delivery. A breakout star of Jerks With Cameras – MTV’s hidden camera prank show, his wild attitude and off-the-cuff style have made him a favourite with audiences at comedy clubs across America. Cotter has also been profiled on NBC’s Last Call with Carson Daly and featured in the award-winning Showtime documentary Dying Laughing. In 1994 he performed on every date of Funny or Die’s Oddball Comedy tour with Sarah Silverman, Amy Schumer, Aziz Ansari, Bill Burr and Louis CK.

Born and raised in San Diego, California, Cotter first to rose to prominence on Jerks With Cameras and as the host of several other ‘man of the street’ television shows – his natural ease, improve skills and charisma making him a hit with viewers. Not wanting to be pigeon-holed as a television host, Cotter has also worked in scripted comedies and appeared in HBO comedy Silicon Valley and the critically acclaimed Dying Laughing. The multi-talented star has also recently developed a dark comedy series with Narrator Entertainment and Sony Pictures Television and developed a cable TV show based around one of his stand up tales.

Cotter now resides in Los Angeles where he regularly performs his eclectic variety of comedy at The Improv and The Laugh Factory. The comedian can also be heard hosting his own podcast Verbal Graffiti, where he delivers wild stories from his trouble youth each week. 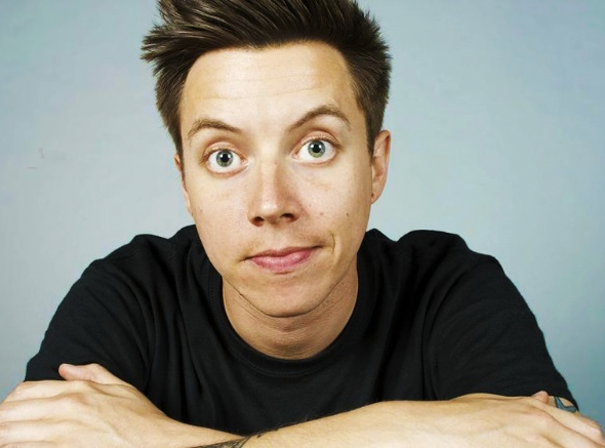