Grant Holt is an academy coach at Norwich City Football Club and a former professional footballer player. Holt played for a number of professional and non-league clubs during his football career, making nearly 100 league appearances for Nottingham Forest and 154 appearances for Norwich City. An ace striker, Holt became the sixth highest goalscorer in the history of Norwich City, helping the side win back-to-back promotions and earning the Player of the Year award for three consecutive seasons. After hanging up his football boots the striker became a professional wrestler with the World Association of Wrestling before starting his football coaching career.

Holt’s career kicked off in his hometown club Carlisle United before he signed for Workington, followed by Third Division Halifax Town. After moving around several clubs he signed for Rochdale, where he made 83 appearances and netted 42 goals. Holt’s performances at Rochdale helped him draw attention from many higher league clubs, and in 2006 Nottingham Forest secured the striker’s services for £300,000. Holt made 96 appearances for Forest before moving to Shrewsbury where he broke the club’s previous transfer record. The centre forward later moved to Norwich City, where he racked up 154 appearances and hit the back of the net on 68 occasions.

In 2017 Holt took on his first coaching job as player-coach at Barrow AFC, and in 2018 announced he had accepted a coaching position at Norwich City with the club’s Academy. 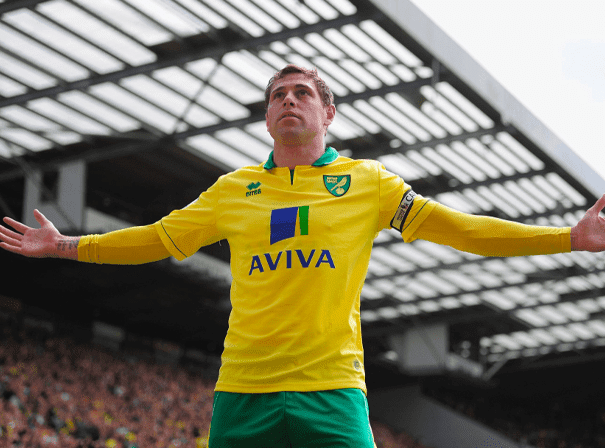