Indonesian badminton player Gregoria Mariska Tunjung participates in singles and plays for Mutiara Cardinal as well as the Indonesian national team. Her highest ranking was 13th in June 2019. 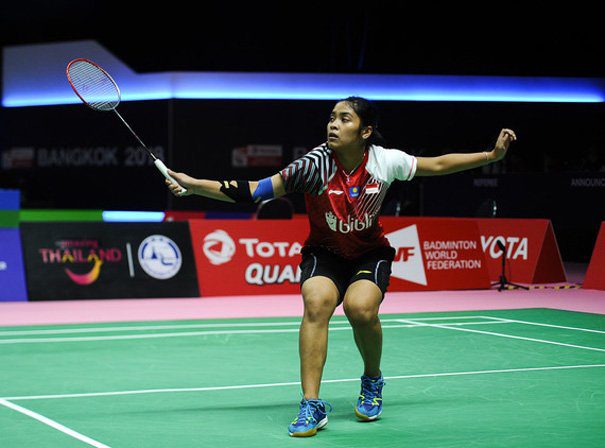