South African athlete Gurthrö Steenkamp is best known for playing for the Rugby union with the Springboks.

In 2004, Steenkamp made his test debut for the Springboks against Scotland at Murrayfield but struggled due to injuries. Despite starting off on the wrong foot, Steenkamp found motivation in this failure and went on to play two matches for South Africa’s bid for the Rugby World Cup in 2007. Throughout his professional career, Steenkamp featured in the Tri-Nations and later played for the Bulls, Cats and Free State Cheetahs. After recovering from injuries for several years, Steenkamp returned to Super Rugby in 2007, joining the Springboks to represent South Africa at the 2007 Rugby World Cup. Steenkamp’s career highlights include being named the 2010 South African player of the year and playing in all five matches for South Africa at the 2011 Rugby World Cup.

Since retiring, Steenkamp has been continuing to work hard. He has completed a business degree through the Toulouse Business School with Bryan Habana and has completed a coaching course in France. One of the best in the industry, Steenkamp has travelled around the world as a sought-after consultant, working in training and performance camps, and in a one-on-one capacity with current players. Steenkamp has also worked with the French second division side US Colomiers as its scrum coach. Steenkamp’s know-how means he is an expert in identifying what players need, including making changes to their training regimes or additional analysis of their games. He is popular on social media, where he provides inspiration and tips for fans and aspiring athletes worldwide. 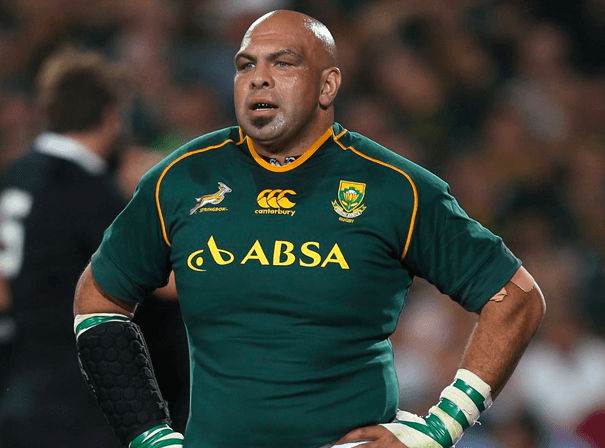