Haley Videckis, in spite of many struggles and heartaches, chooses to fight for justice for LGBTQ+ people everywhere. In 2014, Videckis and her partner Layana White suffered discrimination and harrasment while competing in their Christian university’s woman’s basketball team. They were Division I players, but they had their scholarship stripped and eventually the school kicked the two out entirely. The couple sued the school, which set the stage for the years of activism to come. In suing the college, the school allowed an LGBTQ+ club to form on campus and established a diversity board within its athletics department. From there on, Videckis and White have become prominent allies within the LGBTQ+ community.

Videckis has advocated for the LGBT community through multiple different avenues, including starring in the critically well-received documentary Alone in the Game. The film chronicles the challenges and triumphs of LGBT athletes in sports today and has been sponsored by AT&T. She is currently writing a book that details her experiences in dealing with discrimination and the American legal system, and is also planning to enroll in law school. She recently has been accepted into a job writing for Outsports, a sports news website focusing on LGBT issues and personalities in amateur and professional sports.

Beyond activism, Videckis is also the founder of AngelFace, a women-owned beauty, fashion, and fitness brand that was founded to lift up individuals marginalized by communities, institutions, or social standards that reject authentic expression. Videckis is a graduate of University of Southern California and lives in Los Angeles. 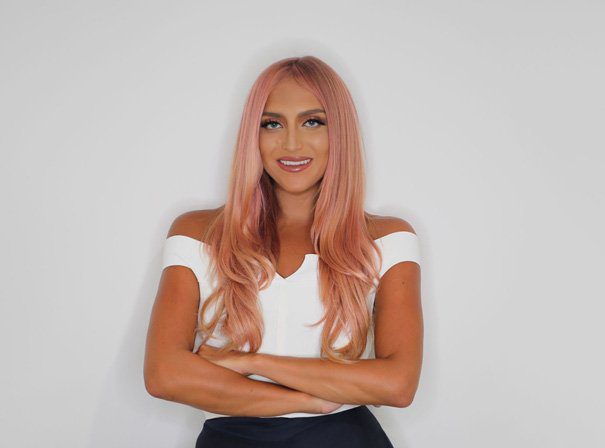