Hanna Zellers is an American race car driver and coach. Born in the midwest, Zellers now lives in Indiana.

With a racing enthusiast father, Zellers was exposed to the thrills of high-speed racing at a young age and soon had it in her mind exactly what she wanted to do. After convincing her dad to take her go-kart driving, there was no turning back.

Zellers identifies 2013 as the year her life changed forever. Attending the Skip Barber School at Road Atlanta, Zellers made a huge impression on her instructors after earning her racing licence in just two days. The following year, she acquired a Mazda Miata, ending the season with multiple top-ten finishes, moving on to enter Foruma Enterprise in 2015. She competed in the Daytona International Speedway for the SCCA Runoffs and the US Majors Tour that year and finished the season with two back-to-back wins, four top-five finishes and eleven top-ten finishes.

In 2016, Zellers placed second in the SCCA Runoffs, became a runner-up in the Formula Enterprise national championship, took home two top-fives in the EXR Championship, placed third in the SCCA US Majors Northern Conference Championship and was named SBR SCCA Driver of the Year. In the years since, Zeller has raced in the NASCAR K&N Pro Series, placed third in the open-wheeled race at the SCCA Hoosier Super Tour Formula Atlantic, raced IMSA in LMP3 and had the opportunity to race in the F4 United States Championship, Formula 1600 Super Series and TC America Series. In addition to her racing, the young speedster is a brand ambassador for luxury watch brand Corum Watches.

The up-and-comer boasts almost 100,000 followers on social media, where she shares behind the scenes details of her life behind the wheel as a race car driver. A confident and motivated individual who will continue to inspire young women and aspiring racers everywhere to work hard, Zellers has an exciting future ahead of her. 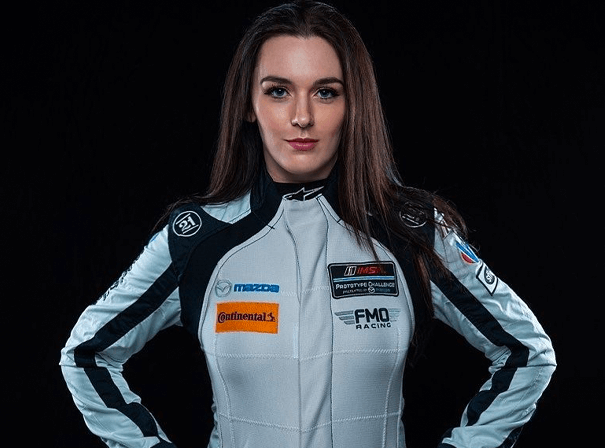