Guitarist and music director Hayden Maringer is a rising star. He has performed in countless shows and has toured all over the world with artists such as Demi Lovato, The Band Perry, Jennifer Lopez and many more. But he is perhaps best recognised for playing the lead guitarist on the hit Fox TV series Glee. No stranger to the screen, Maringer has performed on numerous National Television programs such as the Billboard Awards, American Country Music Awards, American Idol, MTV, Good Morning America, Disney and many more. With Lady Gaga once calling him “amazing,” it’s no wonder that this guitar prodigy is making waves in the industry.

With his natural musicality, the Californian native has nurtured a love of music since he was a tot. From the moment his parents gifted him his first guitar at three years old, Maringer’s trajectory was set. By 12 years old, Maringer impressed legendary rock star Frank Hannon of Tesla fame before winning his first award at the Great American Guitar Competition. As the awards started piling in, Meringer quickly became a highly in-demand session player and musician throughout the California area. With his signature sound infusing elements of Rock, Fusion, Pop, Jazz and Blues, Maringer continues to push the boundaries. He has famously transcribed songs for Guthrie Govan and placed in the top 1% of all international auditions for the World Tour Scholarship at the prestigious Berklee College of Music in Boston.

Now one of the most sought after artists in the industry, Maringer is on a meteoric trajectory. You have undoubtedly heard his breathtaking work, from touring with the biggest names in the business to scoring films such as Universal’s, The Scorpion King: Quest for Power. Today, Maringer makes up part of the dynamic band Evaride. Their most recent song, Warrior, was featured at the NBC Tokyo Olympics 2021. With a range of projects in the works, and his unique, groundbreaking style, Maringer has a long and exciting career ahead of him. 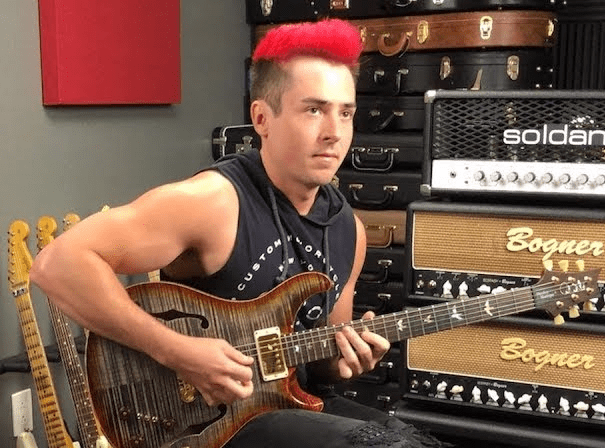