Tokyo Olympic hopeful He Bingjiao is a Chinese badminton player who won a gold medal in the Summer Youth Olympics girl’s singles in 2014. In 2018 she won the bronze medal in the women’s singles at the World Championships in Nanjing, and after a promising start and a string of consistent performances in 2020, she is one to watch for the Olympic Games in 2021.

Born in Lianyungang, China, Bingjiao started playing badminton when she was 7, attending the Suzhou Junior Sports School where she received intensive badminton training. She made her international senior debut in 2013 in the Vietnam Open, and rose to prominence further after winning the gold medal in the girls’ singles and a bronze in the mixed doubles at the Summer Youth Olympics in Nanjin, China in 2014.

2016 was a strong year for Bingjiao, with the shuttler performing well at the All England Open and also making an impact at the Swiss Open, where she beat some of the world’s top players – including P. V. Sindhu, Ratchanok Intanon and Sun Yu to reach the final. She then beat Wang Yihan to win the final, taking revenge after her defeat against the player in the All England Open. The following years proved more challenging for Bingjiao, but in 2019 she was back to title-winning ways with a victory over Ratchanok Intanon to win the Korea Open. After a strong start to 2020, Bingjiao is finding her form at the peak time before the build up to the Tokyo Olympics. 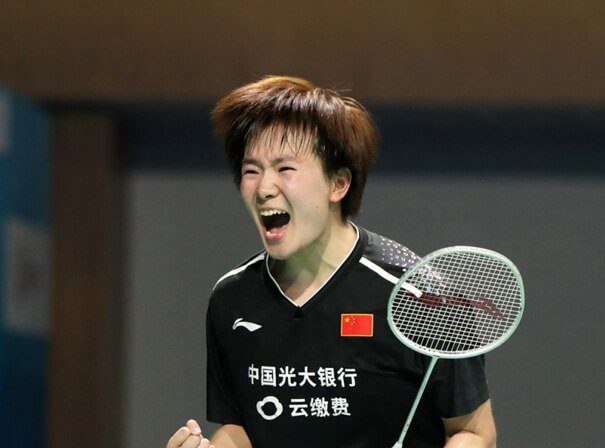