Hello Sister are the cute and courageous new all girl band on the block, a trio of sisters that intend to take on the world of rock and roll with their upbeat and fun songs. Hailing from Florida, these three girls, Grace, Gabriella and Scarlett, take after their musical father Tim Mason, a songwriter and artist who charted songs on the Billboard charts throughout the nineties and together with his help have created their unique style of pop rock, blending influences from across the musical spectrum to hone their individual sound.

Beginning with living room concerts in front of friends and family and studying at the renowned school The Music Box in Winter Springs, these talented young women have grown their skills to write and perform in a wide array of different venues across America, including an LA launch show with their new single Middle School. In 2018, after already becoming a local success in their home state, the band was discovered on ReverbNation and Instagram by PGC Universal, known for being one of the world’s foremost artist development companies and invited to enrol into their program- the girls linked up with the social media genius Matt Dugan the following year and their audience has continued to grow exponentially.

Most recently, in February 2021, the band released their latest single titled Wave Of LOVE, to great acclaim and praise across the world after it premiered in the popular preteen magazine Guitar Girl Magazine. 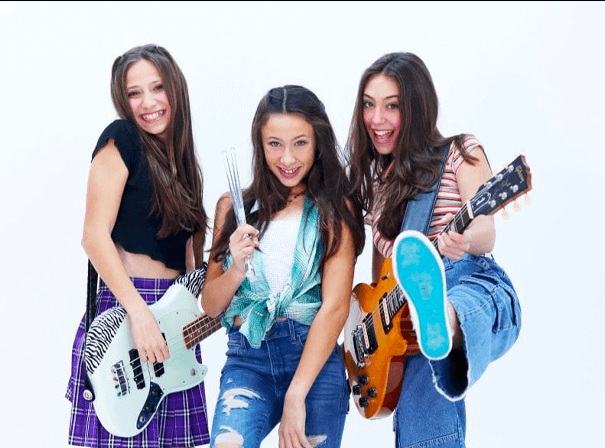