Two-time Olympic gold medalist and World Cup winner Hope Solo is a goalkeeping legend. Solo is considered one of the top female goalkeepers of all time and holds the American record for most career clean sheets. She won gold medals in the 2008 and 2012 Summer Olympics for the United States. Her exceptional talent was on display during the 2011 FIFA Women’s World Cup, particularly in a quarter-final match against Brazil that the US won on penalty kicks. Solo received the Golden Glove award for best goalie and the Bronze Ball medal for her overall performance at the tournament, despite the team’s loss on penalties to Japan. Following her World Cup appearance, Solo performed on the television show Dancing with the Stars and posed for many magazines, including ESPN The Magazine’s “Body Issue.”

After playing collegiately at the University of Washington, Solo joined the Philadelphia Charge of the Women’s United Soccer Association (WUSA). The WUSA folded after her first season, and she headed to Europe to play in the premier leagues in Sweden and France. From 2009 to 2011, she was a member of the Women’s Professional Soccer (WPS) with Saint Louis Athletica, Atlanta Beat, and magicJack. When the WPS disbanded in early 2012, she joined the Seattle Sounders of the W-League.

In 2012, Solo authored her bestselling autobiography Solo: A Memoir of Hope. As the starting goalkeeper at the 2015 FIFA Women’s World Cup, Solo helped the United States capture their third World Cup championship since 1991. The final was the most watched soccer match on American television in history. Solo holds numerous US goalkeeper records, including appearances (202), starts (190), wins (153), shutouts (102), victories in a season (26), continuous minutes played (1,256), and the longest undefeated streak (55 games). 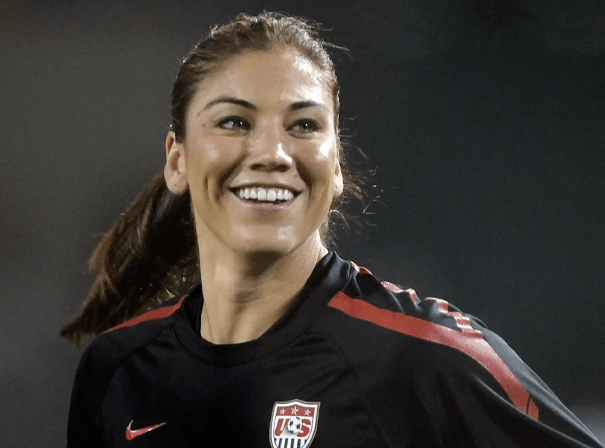