Itzan Escamilla is one of Spain’s most exciting young actors, currently starring in Netflix’s international hit drama Elite. He has previously appeared in major Spanish television series such as Cable Girls and Víctor Ros, and has starred on the big screen in Planeta 5000, opposite Kimberley Tell and Críspulo Cabezas.

Escamilla made his television debut on historical detective series Víctor Ros, joining the main cast for the second season, and quickly making an impression with viewers and critics alike. The same year, he appeared in Six Sisters (Seis Hermanas) and Medical Center (Centro Médico), and later featured in the historical The End of the Road (El Final del Camino), and as a young Simón Bolívar in La 1’s The Ministry of Time (El Ministerio del Tiempo). On stage, he has performed in the David Serrano-directed The Parallel Universes (Los Universos Paralelos) at the Teatro Español, where he was described by critics as ‘perfect’.

In 2017, Escamilla appeared in a recurring role in Cable Girls (Las Chicas del Cable), Netflix’s first original series to be produced in Spain. The following year, he was cast as main character Samuel García in Netflix’s new teen drama Elite, where he quickly became a fan favourite. The series was immediately popular with audiences across the world, racking up 20 million viewers in its first month, and gaining critical praise and headlines for its agenda-setting storylines. 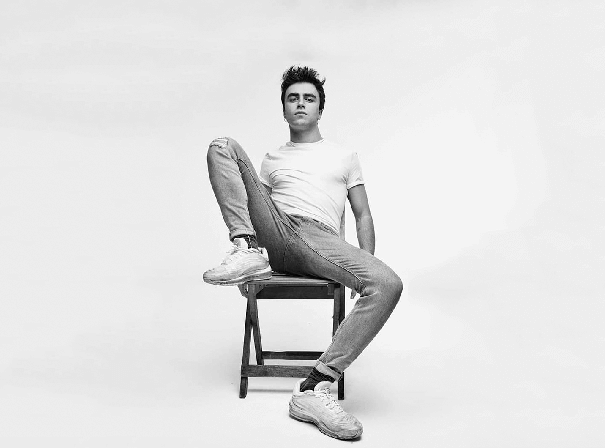