Lively striker Jack Marriot’s remarkable upward trajectory from non-league player to the Championship is a testament to his perseverance and mental strength. A handful for any opposition to contain due to his athleticism and physicality, Marriot battles in every duel he competes in and is a nightmare to play against thanks to his sheer intensity and never say die attitude. After notable stints playing for Luton Town, Peterborough United and Derby, he has recently returned to Peterborough where he has been looking better than ever on his return to the first-team squad at the beginning of 2022.

Born in Beverley, Humberside, Marriott’s career kicked off with Ipswich Town youth system when he was 15, and his incredible knack of scoring goals and tough, quick and aggressive style soon made him one to watch. After playing for the likes of Woking, Gillingham, Carlisle United and Colchester United on loan, he signed for Luton Town of League Two in May 2015. After scoring 22 goals for Luton, Marriot moved on to Peterborough United and established himself as a star player at the club, netting six goals in three league matches, including a hat-trick away to Bristol Rovers in a 4-1 win.

Marriott proved he was up to the task of playing at Championship level when he moved to Derby County in July 2018, scoring his first goal for the side against a colossal FA Cup tie against Manchester United and netting twice against Leeds at Elland road to send County through to the 2019 Championship Playoff. Still only in his twenties, Marriot continues to cement his reputation as a feared marksmen. 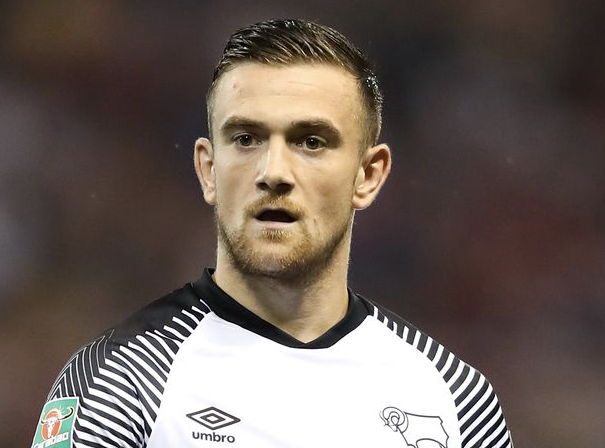