Irish taekwondo practitioner Jack Woolley is a European Championships silver medallist, and a multiple Open Tournament gold medal-winner. Woolley currently competes in the 58kg or flyweight division, and was previously the world No. 1 in the sport’s lower finweight division. He is considered to be one of the rising stars of taekwondo, as well as one of Ireland’s most exciting and promising sportsmen.

Woolley began competing in taekwondo internationally at cadet level, fighting at events including the European Junior and World Junior Championships, and gaining age-group victories at the Trelleborg and Croatia Opens. He would round off his junior career in style, earning a silver at the 2015 European Junior Championships in Daugavspils, while beginning to pick up senior silverware at events including the US, Spanish and Polish Opens. Across his career, Woolley has since achieved over 40 medals at Open Tournaments, including an extraordinary 18 golds, and he has twice claimed victory at the WT President’s Cup.

Woolley began competing on the Grand Prix circuit in 2016. Two years later, he would earn his first Grand Prix podium finish with a bronze in Rome, and would also take bronze at the Multi European Games in Plovdiv that season. In 2019, Woolley enjoyed gold medal wins at the Australian and Turkish Opens, and took silver at the European Championships in Bari. He later qualified for a spot at the upcoming Tokyo Olympic Games, securing his debut appearance at the Games and making history as Ireland’s first taekwondo Olympian. 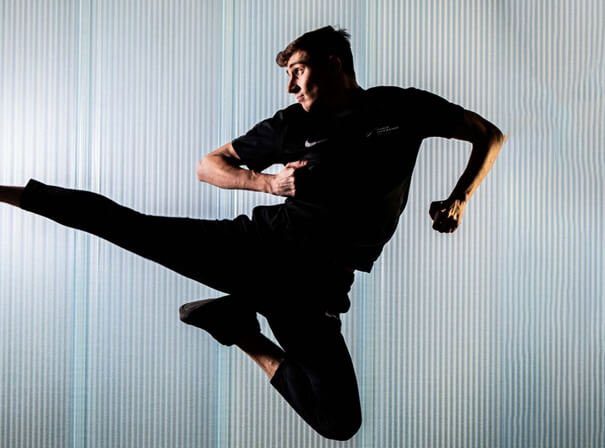