Rising football star Jacob Bland signed up to Southend United in June 2021 as one of 10 new first year scholars. The up and coming centre midfielder was handed a deal after impressing in Southend’s youth setup alongside other youth players including Patrick Droney, Henry Sandat, Habib Bolarinwa, Charlie Sayers and Ibrahim Kamara, and he has already been touted by the Blue’s director of football Ricky Duncan as part of an exceptional youth team expected to achieve great success in the next few seasons. Bland was instrumental as an U16 in helping the club win the league and is now pushing his way through the next stage of his development as a player.

In October 2021 Bland was part of the Southend United U18s side that won against Aveley 6-5 on penalties at Roots Hall to progress through to the FA Youth Cup First Round. Bland also impressed in a friendly against Gillingham when Southend United U18s stormed to victory 5-0, with the promising youngster showing his ability to propel forwards and create chances for the team. The midfielder now knows he needs to push on alongside the second year players in Southend’s youth setup, and is starting to prove himself as he rises through the ranks of The Shrimpers. With a bright career ahead of him, Bland is one to watch for the future. 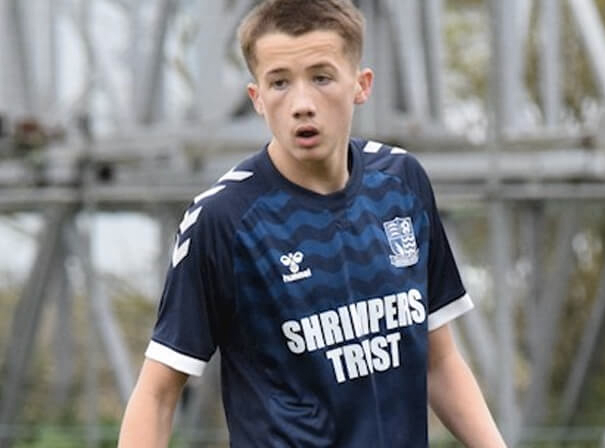