Jacqueline Loelling is a German skeleton racer, who has represented her country internationally since she was just 14 years old.

Loelling has always been one of the most talented female lugers on the scene, and as a youth athlete was involved in competitions around the world. She participated in the Intercontinental Cup in 2011/2012 and was also part of the first ever Winter Youth Olympics in 2012 where she took home the gold medal. Over the next few years she proved to be one of the shining stars of the sport, winning the Junior World Championships two years in a row and making her World Championships debut in 2015. Loelling won the silver medal, as well as taking home three golds and overall 1st place at the 2016/2017 World Cup. This unstoppable athlete continued to put in stellar performances, with two gold medals at the World Championships in 2017 and a European Championship victory in the same year. Unsurprisingly, Loelling qualified to represent Germany at the 2018 Olympic Games and she didn’t disappoint, taking the silver medal at the women’s singles event as well as winning the World Cup for the second season in a row.

This world class athlete’s career shows no signs of slowing down, with yet another World Championship gold at the 2020 competition. When she’s not racing, Loelling also serves her country off the ice, as part of the German Federal Police. 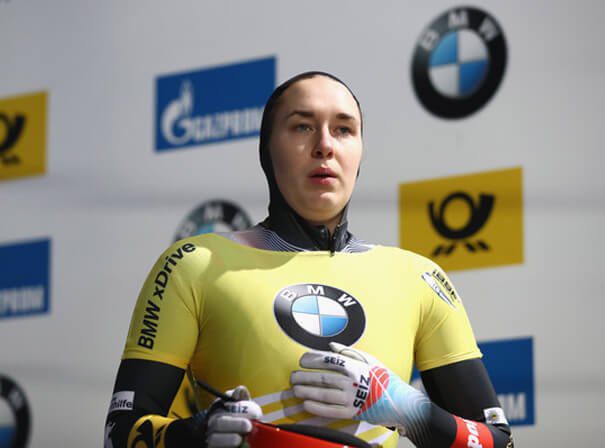